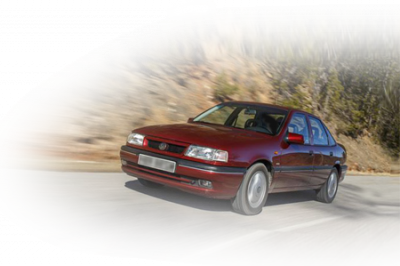 Driving on holiday with my family down to Cornwall one year, I was followed by my mother- and father-in-law in their rather old Vauxhall Cavalier. Anyone familiar with Cornish hills will understand how important it is to have a strong engine to pull you up the rather steep gradients.

I was driving a little slowly so they could follow me easily. On arrival, my father-in-law said to me, “When you come to the bottom of a hill, don’t slow down, keep your momentum up!” because his old car had been struggling to climb the other side.

That appeal of his became a sort of family exhortation, applied to me several times over many years: keep your momentum up!

As our battle against the corona virus pandemic continues, and as an increasing number of us begin to benefit from the inoculations of the vaccine, the message from government and scientists alike has been that although we are drawing closer to winning this battle, care and vigilance must continue if we are not to fall (as it were) at the final hurdle.

I don’t think I need to stress the importance of seeing things through in this respect, although it has been clear how it is always a temptation  (as our leader has it) to take our foot off the accelerator, and relax into a false sense of security.

But that principle of bringing something to a fitting and satisfactory conclusion, is not only applicable in this particular.   No matter how fine a beginning may be, it is nearly always equally important that the ending should be good. No matter how well-intentioned we may be at the start, however elevated, however idealistic, we will lose much of our impetus and momentum if we do not have staying-power and perseverance.

We think of these things now, not just because of covid, or because we are entering upon another year, but also because nearly every aspect of life is improved by the best possible start and end.

What, I wonder, might be the qualities of faith and character which you might consider encouraging, to enable us to stay the course in the broadest possible sense?

I would suggest that we mustn’t break faith with ourselves.

Even though outwardly I may appear to stumble and fail, I must not fail inwardly, or compromise the things which matter to me. There have been numerous dedicated individuals who have endured great public hardship, rather than compromise, and I am sure there are many many more who remain unknown and inglorious.

Of course none of us succeeds just as we would like to succeed, but we can all create strategies to cope when success eludes us. I personally try to have a rational of failure, a way of dealing with failure when it inevitably comes, because it is worth remembering that no one is ever a total failure: in everyone there always remain qualities which redeem even the most profound catastrophes. In many of us, these qualities are innate, part of our human make-up. It is often just up to us to draw upon them when the time is right.

Another extremely important element which is associated with perseverance and staying-power is the possession of a belief or philosophy which is greater than oneself. We know that people can feel that their art, their science, their charity, or their branch of reform, is for them a calling, a vocation, to which they give themselves passionately, heart and soul.

To be associated with a worthy cause gives us an impetus which would be quite beyond our capabilities were we to stand alone. I hardly need say that there are many Unitarians for whom the movement represents something much more than just a congenial and intellectually compatible environment. For many, what happens in our pulpits every Sunday is nothing less than a proclamation of reality, to which they wish to give their support.

Causes do not need to be big affairs, or indeed involve large groups of people. We are often aware of local activists campaigning on behalf of a library, a cottage hospital, a school. On a much smaller scale, we all have our home and family to which we devote our energies, and this too is our cause.

Why is this behaviour often so effective? I think the answer to that is because it engages our faith, we believe in it. It taps into the same spiritual sources as those with which we express our religious convictions. “I had fainted,” said the Psalmist, “unless I had believed…”.

As we enter upon a New Year we will endeavour to maintain a way of life which is built upon faith, upon great convictions, and which in turn will add to the worth and purpose of what we do. In the words of St Paul, we will be enabled to “fight the good fight, and to finish the course.”

The struggle against covid will continue past the point of mass inoculation. The new normal (that by now worn-out phrase) will possibly still include masks, the washing of hands and social distance, for an indefinite time to come. It is of course vital for our health and well-being that we sustain our efforts, so that in this and in all our undertakings, we keep that momentum up!

The words of a short prayer included in the Orders of Worship of 1923 are particularly appropriate to end with: “Prevent us, O Lord” [in the sense of blowing before us], “Prevent us… in all our doings… and further us with thy continual help… in all our works, begun, continued, and ended in thee…” Amen.